The two are very different in appearance and can be easily distinguished. Drum screen: It is a cylinder. The outer surface of the cylinder uses one or more layers, or several sections of screens to increase the screening specifications. The volume of the drum screen is generally large, mainly including motors, reducers, drum devices, screens, and machines. It is composed of a frame, a sealing cover, and an inlet and an outlet. A steel ring must be added to the drum device to prevent the drum screen from deforming. 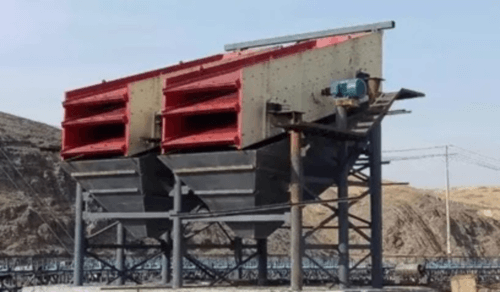 The roller device is inclinedly installed on the frame. The motor is connected with the roller device through a coupling through a reducer, and drives the roller device to rotate around its axis. When the material enters the drum device, due to the tilt and rotation of the drum device, the material on the screen surface is turned and rolled. The qualified materials (products under the screen) are discharged through the outlet at the bottom of the rear end of the drum, and the unqualified materials (on the screen) The product is discharged through the discharge port at the end of the drum.

Linear vibrating screen Using the vibration motor as the vibration source, the material is thrown up on the screen while moving forward in a straight line. The material enters the inlet of the screening machine evenly from the feeder, and produces several kinds of screens through the multi-layer screen. The upper and lower objects are discharged from their respective outlets.